Grit, not talent, is the key to success

I recently listened to the audiobook version of Grit: The Power of Passion and Perseverance by Angela Duckworth. This is a great read for anyone who wants to improve at anything.

The theme of the book is that talent, while important, isn’t the key to success. Rather, hard work, perseverance, and stick-to-itiveness correlates much more highly to achieving goals and success in life.

I think this is so important.

Most of us aren’t blessed with natural, god-given talent in a particular skill, but you can still work hard and improve yourself everyday.

And grit is something that can be learned; it’s not just a characteristic that we’re born with. 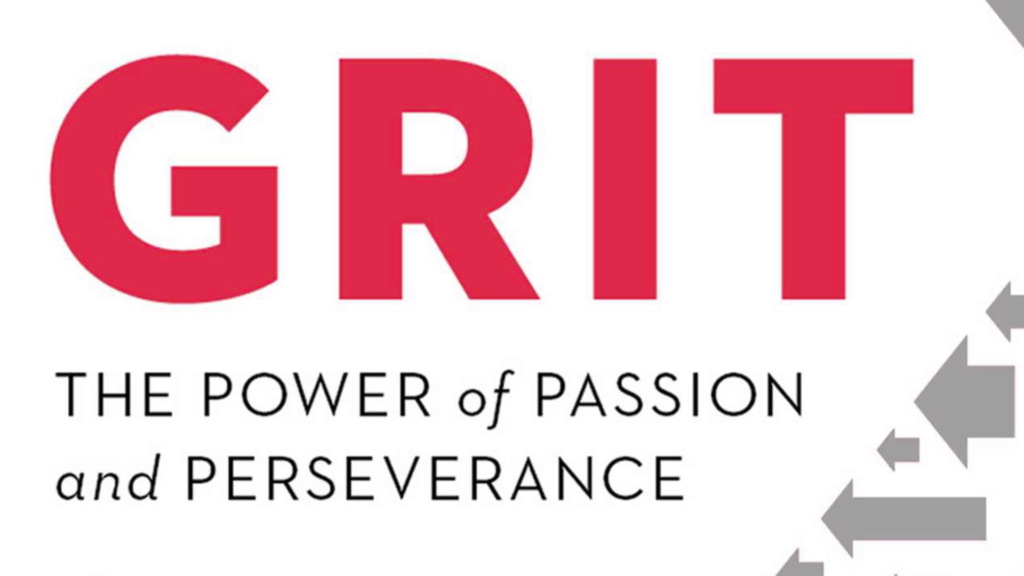 In the book, Duckworth highlights some powerful case studies of grit.

The book talks about how MVP and Super Bowl-winning quarterback Steve Young had a rough time when playing football at BYU. As a freshman, he was the 8th string (8th!) QB on the team and was essentially used as a tackle dummy for the defense. He wanted to quit, but his father told him that he couldn’t come home if he did. So Steve kept practicing his throws and improving his play everyday until he became the QB1. And he wound up setting all-time BYU records.

Then he gets drafted by the San Francisco 49ers and has to be the backup to Joe Montana for a few years. He could have asked for a trade, but instead continued to learn from one of the best in the business. He eventually became the starter for the 49ers and the rest is history.

Another powerful case study was of Francesca Martinez, a British woman with cerebral palsy who became a famous stand-up comedian.

Dealing with cerebral palsy is extremely difficult. Cracking jokes in front of a drunk and raucous crowd is not an easy task. Imagine having to do both at the same time?

Martinez refused to accept her fate. She took speech lessons for years as a child (with her parents’ unwavering support) and has to perform speech exercises before each performance. She embraces her disability by calling herself “wobbly.” And she has sold out hundreds of shows and won many comedy awards. That’s pretty amazing.

The importance of grit for entrepreneurs and parents

Everyone can take away lessons from this book, but it’s a really important read if you’re an entrepreneur, parent, or both, like me.

I used to think I was a pretty talented marketer and business person, and I certainly worked hard at every job that I’ve had. But I’ve been completely humbled as a startup founder.

There is so much I don’t know, and everyday I face situations where I have no idea what to do. I already have a couple of failed ventures under my belt and it would be really easy for me to just give up and find a corporate job. And I do think about quitting often. But I believe that if I keep pushing and learning, I’ll build a successful company in due time.

As a parent, I really want to teach my daughter Maya how to be gritty, just like how Steve Young’s and Francesca Martinez’s parents did.

She’s only 3 so it’s a bit early to ask too much of her. But there are times where she just says “I can’t” after failing to complete a task such as opening a container or climbing up on her chair.

So each time she says “I can’t”, my wife and I tell her not to ever say that, and assure her that she can do anything if she puts her mind to it. She has even started telling us not to say “I can’t” when we say it. It’s pretty funny.

Duckworth lays out a great system that she uses with her family to learn how to be more gritty.

First, everyone, including the parents, has to do a hard activity. This can be learning to play an instrument, picking up a new language, improving in a sport, yoga, or anything that requires everyday, deliberate practice.

Next, you can quit your activity, but not until the season is up, your membership runs out, or you come across another natural stopping point.

You also get to pick your hard activity. After all, if you don’t like what you’re doing, you’re not going to stick with it.

And she mentions that when her kids get to high school, they have to commit to the hard activity for at least 2 years.

I can’t wait to implement this when Maya gets a little older.

Even if you don’t have natural talent, you can work hard and learn skills to be successful. I can’t explain enough how powerful that is.

It takes deliberate practice and a gritty mindset to do so. But I believe that it also takes a strong support system and helpful people along the way.

If you’re looking to improve at anything, I highly recommend this book.

Let me know your thoughts about grit and how it has impacted your life. When have you been gritty? How can you improve your stick-to-itiveness? I’d love to hear your thoughts!

One thought on “Grit, not talent, is the key to success”