This is the fifth post I’ve written about some of the mistakes I’ve made with past startups. You can find the other four here:

Hi! Sorry, I didn’t blog last week off because I was traveling for a wedding. Did you miss me?

Anyway, today I’m going to write about a big mistake I’ve made in my past startups – not focusing on a niche audience in the early days. 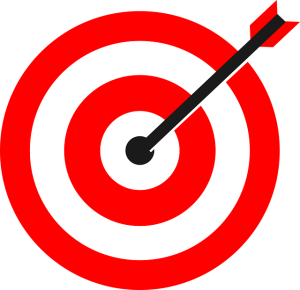 Dokkit – a calendar tool for everyone

We didn’t get very far with Dokkit because of team issues, so not selecting a niche audience didn’t really bite us. But the path we were going down was for a very generic audience, so it would eventually have caused problems.

The plan was to ingest a whole bunch of different types of calendars – the schedules of sports teams, concert halls, bars, restaurants, you name it – for anyone to download.

Thus, we were going to try to make everyone happy, and probably would have made no one happy.

The smart thing to do would have been to focus on one type of calendar – sports teams’ schedules, for instance – and reach out only to sports fans to see if Dokkit would add value to their lives. If so, great; we could continue to build out additional functionality for sports fans. If not, we could have either stuck with sports fans to try to solve other calendar or scheduling problems, or move on to another audience.

We didn’t even get to run into the audience problem, but we would have eventually.

ribl – a conscious (and wrong) decision to stay broad

We had a choice with ribl – to launch it into the wild and see who would use it and for what purposes, or to focus on a niche audience and iterate through different types of users if things didn’t seem to be working.

We chose the former, and received feedback like “I don’t know what to post,” and “This seems cool but I’m not sure what to use it for.”

It’s tough to grow an audience who doesn’t know what your app is supposed to do. And to tell you the truth, we didn’t really do much about changing that.

What we should have done is pick one audience – maybe concert attendees – and focus on how they shared their experiences at concerts and events. If that didn’t work, we could have moved on to restaurant goers, or sports fans, or another niche local audience.

We also had a choice to focus on a specific geographic area. While we did concentrate our efforts on the DC / Baltimore area, we didn’t solely focus on it. We actually had users all over the world – from San Francisco to Brazil to China – but that was actually a bad thing, as ribl needed a certain density of users around a specific location to have value.

Heck, we launched ribl at South By Southwest, and I spent thousands of dollars and sweated my ass off in a frog suit. It was fun but completely draining, and eventually worthless.

Facebook started with Harvard only. Foursquare focused on NYC. ConvertKit focused on a specific type of blogger (see the “Working in Niches” section of this blog post from Groove.)

Focusing on a niche audience in the early days in crucial.

From my customer development interviews, I’ve narrowed down the initial audience for WinOptix to professional services federal government contracting companies with at least $3M in revenue. Pretty focused and descriptive, huh?

While I’ve spoken to very large contractors like Booz Allen Hamilton and Raytheon, and much smaller govcons that you’ve never heard of, these conversations have helped me eliminate these types of companies from my target segment.

And while WinOptix certainly has applications for state and local government contractors, ad agencies, and anyone who responds to RFPs, I’m not going to worry about those segments now.

Focusing on my initial target audience will allow me truly understand their needs and build a product that solves their problems. I know we may still be wrong along the way, we’ll be in a better position to adjust accordingly with a smaller, niche audience.

Starting with a small target audience is so important.

You can deeply understand their needs and solve their problems. If what you build isn’t working, you can either solve a different problem or move on to another audience who might have similar problems.

But if you try to solve everyone’s problems, you’ll solve nobody’s.

What are your thoughts about targeting a niche audience in the early stages of your startup? I’d love to hear your thoughts in the comments.