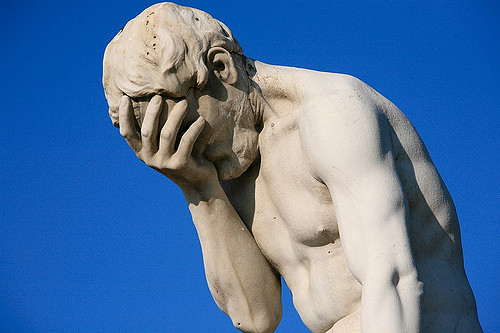 Here’s a little story about how warped my brain is from entrepreneurship, the roller coaster ride that being a startup founder is, and how my idea of a “win” has drastically changed.

Over the last couple of months, I’ve been doing customer development for my startup, WinOptix. I’ve spoken to over 30 government contracting business development folks to learn about their problems with the BD process and pitch my concept to get feedback.

I learned so much about the government contracting industry and received a ton of great feedback.

And to my surprise, one of these interviewees (let’s call him Victor, not his real name) said that he would pay to have a tool like WinOptix built!

(Yes, I definitely got excited about this at the time, but that isn’t the situation I’m writing about in this post.)

I told Victor I would get back to him soon. I hadn’t even incorporated the company nor did I have the ability to build the product, so I had to get to work on both fronts before moving the potential engagement forward.

At the same time, I was setting up my new WinOptix email address with Google’s G Suite. I emailed Victor from that new account.

Usually I would set up email forwarding to my primary email address so I can manage everything from one account and not have to check multiple inboxes. Except I forgot to do so this time.

Of course, Victor emailed me to set up a time to chat about moving forward soon. And I didn’t receive the email until I checked my WinOptix account much later. UGH.

I was totally bummed out that I might have missed out on the first paying customer because of a stupid email setup mistake. This could have been huge for WinOptix, and I just banged my head on the wall about how dumb I was and how I screwed up a massive opportunity.

I couldn’t stop thinking about my screw up and how I might have missed out on my first customer. I actually had some trouble sleeping and was down on myself for a while.

After a couple of weeks, I made a last-ditch effort and gave Victor a call.

To my surprise, he picked up the phone! He said he saw my emails and was planning to respond, but had been so swamped that he didn’t have time. And he said he was still interested in working together on the product, and will reach out soon.

I was ecstatic, just because of a simple phone call.

I didn’t even get a firm commitment, but the simple fact that the potential deal was still alive and that I didn’t totally screw it up was a big win to me.

I thought about how this situation – an email setup snafu, a missed email, then the redeeming phone call – is such a small, insignificant blip in the big picture.

But the impact that it had on me was profound.

Then I thought about a couple of things:

I’ll write more about these thoughts in future posts. To be continued…

What do you think about this situation? Did I overreact? Have you been through something like this – where a small situation has a profound impact on you? I’d love to hear your thoughts.