Can you be more productive on less sleep? My first week experimenting with biphasic sleep 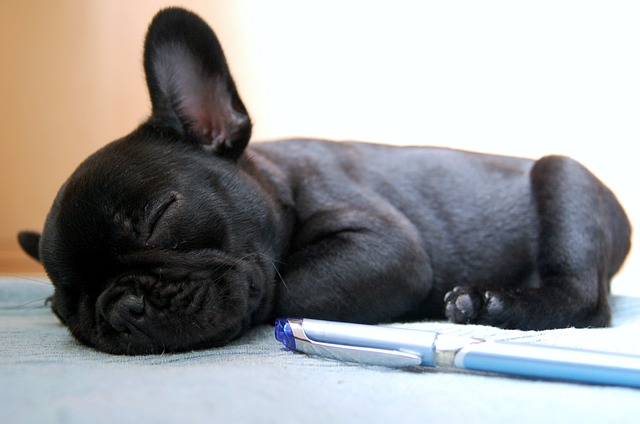 This past week I started experimenting with a biphasic sleep model, an alternative schedule where your sleep is broken up into multiple segments throughout the day. Here’s why I started exploring this sleep method and how it’s going.

Why I’m doing this

Most of us follow a monophasic sleep pattern, which consists of one long chunk of sleep every day. That was the schedule that I adhered to, and I would go to sleep around 11PM-midnight until 7AM, consistently getting 7-8 hours of sleep each day.

But since my daughter Maya was born over two months ago, Vicky and I have to wake up around 3AM each morning to feed her, which has wreaked havoc on my sleep schedule.

So instead of 7-8 consecutive hours of solid sleep, my sleep schedule started to look something like this:

Even though I was getting up to 10 hours of sleep per day, I was basically a zombie. My work days started 2-3 hours later than usual, and I was lethargic throughout the day.

So I decided to do something about it.

I started researching biphasic and polyphasic sleep online and asked my Facebook friends if they knew anything about it. I basically was told that my sleep was fucked for life.

I refused to let this little lady continue to jack up my sleep.

The biphasic and polyphasic sleep methods are alternative schedules where your sleep is broken up into multiple chunks per day instead of the one long 7-8 hour segment that most people are used to (monophasic).

The purpose of these methods is to take advantage of the architecture of sleep to decrease the number of phases we sleep per day while still avoiding sleepiness, thus allowing for more awake (and presumably, productive) time.

This article outlines the many variations of biphasic sleep. I’ve decided that the Everyman2 (4.5 hour major episode and 2 20-minute naps) and Everyman3 (3.5 hour major sleep session and 3 20-minute naps) were the best options for my schedule and sleeping preferences. I work from home, so my schedule is flexible enough to accommodate these alternative sleep schedules.

In these cases, I would get anywhere from 4 to 5 hours of sleep per day and theoretically not be tired. That’s 5 fewer hours per day compared to my jacked up schedule! If this worked, and I would feel less fatigue with less sleep, that’d be amazing.

I didn’t plan on trying biphasic sleep so soon. But on Monday morning, I couldn’t fall back asleep after feeding Maya at 3:30AM. So I decided to start the experiment.

I must say that Day 1 went really smoothly.

I started work around 5AM and was surprisingly productive. I’m typically not a morning person, so I was shocked that I could get so much done that early.

A little before 9AM – about 5 hours after I woke up, which is perfect according to the Everyman2 model – I started feeling groggy. So I took a 20-minute siesta and woke up really invigorated.

I made some breakfast and continued to work until approximately 2PM, when I snagged another nap. Again, I woke up energetic.

I didn’t feel lethargic at all the rest of the day. I even attended an industry event at night and drank a couple of beers there.

When 11PM rolled around, I was ready for bed and fell asleep really easily.

I continued the experiment throughout the week and Tuesday, Wednesday, and Thursday went as planned.

Maya woke up for her morning meals on each day anywhere from 3:30-4AM, and we fed her as usual.

The biggest change I saw was that I had some vivid dreams during my 20-minute naps.

On Thursday evening, I was able to fit in a boxing workout, the first really intense workout I’ve had in a while. I felt pretty tired during and after the workout. That could have been due to the fact that I’m pretty out of shape right now, and not so much a result of the sleep experiment, but who knows.

I was a bit nervous how my sleep schedule would pan out on Friday.

I had to diverge from the Everyman2 schedule because I had in-person meetings most of the day. I wouldn’t be able to take a nap until much later in the afternoon, and thus would have to skip both my morning and early afternoon 20-minute naps.

And because I had to drive to and from these meetings, I was afraid of being tired behind the wheel.

Thus, I decided to intervene with some coffee, which I don’t drink often. It was certainly justified, and the sleep schedule, while not adhering too well to any of the biphasic options, worked out well.

I woke up around 3:30AM as usual and worked.

I left my home around 7AM to my first meeting and chugged a cup of coffee there.

I was done with all of my meetings around 4PM and scored a 1.5-hour nap, which felt really good. Then I was able to go on with the rest of my evening with no problems.

I found out that this biphasic sleep thing can be flexible, which is really nice.

Day 6 and 7: Mixing it up on the weekend

With fewer work constraints, I decided to be a bit more flexible with my biphasic sleep schedule on Saturday and Sunday. Some good and some bad came out of it.

I had a pickup football game to play on Saturday morning, so Vicky was gracious enough to handle Maya’s morning feedings so I can get a full 8 hours of continuous sleep. Isn’t my wife just a gem?

I took a 20-minute nap later that day because I was tired from the football game played in the sun and heat. No big deal.

But things went a little off the rails on Sunday.

For some reason, I reverted back to the jacked up, on-and-off sleep schedule that I was trying to avoid with biphasic sleep. And as expected, I was tired most of the day. I had to take a short nap later in the day and woke up groggy and lethargic.

Never again will I do that.

My first week experimenting with biphasic sleep was a real success.

I learned that you can be less tired and more productive with significantly fewer hours of sleep.

Not everyone’s schedule is as flexible as mine, and yours may not allow for naps throughout the day. But if you can shut your office door or dip out to your car a couple of times a day for short naps, I believe that your productivity and overall energy level can be improved by implementing a biphasic sleep option.

I’m going to continue using the Everyman2 and Everyman3 schedules until Maya decides to change up her routine. At that point, I’ll see which other biphasic schedule works best.

I’m really looking forward to a higher level of productivity on fewer hours of sleep in the weeks and months ahead.

Have you ever tried out a biphasic or polyphasic sleep model? If so, how did it work for you?

If not, do you think these alternative sleep schedules might work for you?

I’d love to hear your thoughts in the comments.

2 thoughts on “Can you be more productive on less sleep? My first week experimenting with biphasic sleep”